In the current time we do not know the cause, nor do we know the cure for this relatively common and widespread illness. Parkinson’s disease affects the nervous system and the brain of the one who is ill with it, and the symptoms of a typical Parkinson’s disease patients are seen as tremors, shakes of the hands, arms, legs and sometimes face.

Because there is so many unknown factors it’s difficult to list things which are definite preventive measures for Parkinson’s disease, however links to things like exercise, both of the body and mind has been proven to help patients, and due to the dopamine deficiency in the brain, things like exercise which stimulates the brains own production of this are likely to aid in prevention. To also keep in mind is that many who have been diagnosed with Parkinson’s disease also suffered mild to severe depression long before they showed symptoms of the illness. So worth noting is if there are no circumstantial reasons for someone to be depressed, this may be an early sign of chemical imbalance in the brain.

So ensuring that you keep active, both in body and in mind are important measures if you are working to prevent Parkinson’s disease, and should you notice symptoms in yourself, or someone you know make sure to consult your doctor as soon as possible. And like with anything, when it comes to Parkinson’s disease prevention, ensure you do your research, as knowledge is power.

Keeping mindful with regards to your own retirement 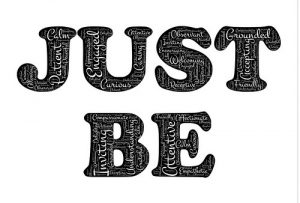 There is a new term floating about, mindfulness, which is a type of awareness practice. This is something that lately has been getting a lot of attention due to the many benefits the practice of it gives. It’s not a singular something, and with the positive effects always spanning wide the team here are convinced that the benefits also extend to helping you fight potential issues with PD and other common ageing issues.

Being mindful is a method to relieve stress and work for becoming a more balanced person. To take this view on means working on remaining calm, working on not reacting in a violent way to things which may be upsetting. As an example we can take road rage, if you are a daily commuter we are sure you have seen this, perhaps even experienced it yourself. Each time a surge of aggression arrives it brings with it the fight and flight response which is one stressful for the body and mind. Instead of letting things like traffic upset you simply take a step back, and when feeling agitated, simply don’t react to the stimuli.

It’s of course something much harder in practice than it is in theory, keeping a lid on your anger is not an easy task, and perhaps it shouldn’t be seen as keeping it in, but more just letting things be without adding your force to it. This way you will protect your own body and mind as well as avoid actions which are also damaging to your reputation and your life as a whole. Mindfulness is something new, and the full range of benefits it comes with is not expired yet, but it does share similarities with meditation which has for many years been proven to aid any individual who takes part.