There is strong evidence that a high level of environmental toxicity plays a role in many diagnosed cases of Parkinson’s disease. Here special attention is placed on things like pesticides, fungicides and other substances which may disrupt the neurological system. As the effect of these can clearly be seen in alterations in the brain, one should take extra care to ensure that the use of neurotoxins in the household and at work are kept to the minimum. On the list of things to avoid you should include Rotenone and Paraquat, which are two very specific pesticides linked to Parkinson’s disease. These to resist being broken down in water, and that is true also for when they enter your body. Here they instead of being broken down and carried out they stay in your body and take up residence in fatty tissue. When the amount is enough it also passes though the barrier of your brain despite the brains natural defence. 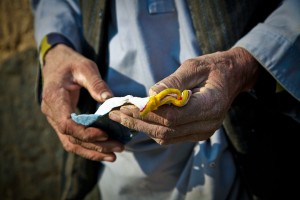 Of course all use of pesticides should be kept to a minimum, not only due to the personal risk one faces when using them, but also due to the fact that what long term effects such use may have, on a person or on the ecological system on which it is used is unknown. Today there are many alternatives to using chemical ways of getting rid of pests, so before you grab the Roundup bottle to remove weeds on your pathway think twice, as this very commonly used herbicide has also been linked to patients diagnosed with Parkinson’s disease.

If your work environment and situations require you to use these type of chemicals, it’s also important that you inform your colleagues and your superiors of the danger which you, and they may be facing.