Being an illness which so effect so many, it’s important to work for making the general public aware. Not only so that people are familiar with common symptoms and can seek medical help in good time should it be required. But also to ensure that enough funds are collected for the research of this common and wide spread disease. Around 100 000 deaths around the globe each year is attributed to this illness, which is chronic, progressive, and that we still don’t know the exact cause of. Although medical progress is of course moving forward, and something have been related to the illness, such as toxins in the environment and genetic abnormalities, there is still much research still in need of doing. 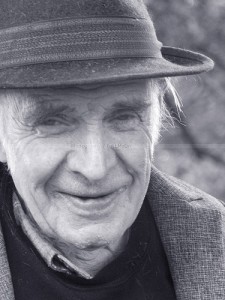 To tell you a bit more about the illness itself and inform you how it may effect the life of the one diagnosed. Parkinson’s disease is a chronic and progressive illness which effects the victim’s ability in motor function as well as their mental state. Parkinson’s disease is connected with mental disorders such as depression and at the later stages dementia. The person affected may suffer uncontrollable tremors, muscle aches and pains caused by the constant tension which occurs in the muscles and joints, their ability to focus may diminish, and memory may also be effected. Treatment options are for the most part limited to drug treatments which aim to stimulate the natural dopamine production of the patients own brain. The option of brain surgery may be there for some candidates, which also aim to restore natural dopamine production, however surgery is no cure for Parkinson’s disease. But for patients who suffer side effects of heavy drug treatments, it may aid in reducing these. Many drugs also become less effective over time for the patient, and although there is research conducted to minimize the reduction in effectiveness there is here also still much to be done.