There has in the passing years been much discussion and research with regards to what type of preventative measures one can take to lower the risk of getting Parkinson’s disease. The question of smoking cigarettes, drinking alcohol, coffee and other stimulating drinks and if there is a relation to a heightened risk of the disease are of course current topics still. If you research the area you will most likely, as many has done, find conflicting information, which can be confusing, and especially when it comes to a disease such as Parkinson’s disease, where both the cause and the cure for the illness is still unknown.

It’s difficult to conduct lifestyle studies, and with Parkinson’s disease, the symptoms are as diverse as the level of severity of them. There has been no conclusive evidence suggesting that something like alcohol consumption elevates the risk levels for a person to get inflicted with the disease, and in many health studies there is selection and confirmation bias, hoping to find a culprit. There has also been suggestions that smoking a little nicotine is something which is stimulating for the mind, and in actuality would help prevent Parkinson’s disease, however as smoking cigarettes come with so many negative effects, there is nothing to suggest that this should ever be done. The same goes with coffee, there is no conclusive results or valid medical research to show any interlink between the consumption of coffee or caffeine, with the risk of getting Parkinson’s disease. 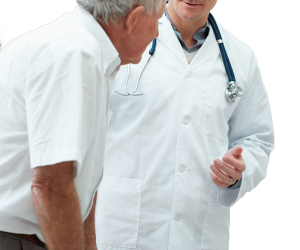 What however has been proven is that toxins such as pesticides in your environment plays a role and if something should be avoided in the prevention of this disease, that should be it. Coffee and alcohol used right and in moderation can help you live a good life, without any increased risk of Parkinson’s disease.