There is no know specific cause for this illness, what is known is that it’s a chronic, progressive illness which is highly individual in both progression and how symptoms are displayed and experienced by the ones who are inflicted. There are some links drawn and suspicions to what may be the cause of the development of symptoms, but there is no one thing which can be pointed to, nor can it be said to be hereditary. More cases than one of Parkinson’s disease is seldom found in the same family. There are some indications stating that genetic abnormalities can be present in Parkinson’s disease patients, and there are links to heightened levels of toxicity from the environments of those who get diagnosed, however with the factors being many and the cases being varied there are still no conclusive results. 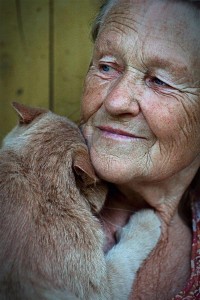 The cause of the symptoms displayed by a person who has Parkinson’s disease is from the lack of the brain chemical dopamine, which is required for motor functions to run as they should, lack of dopamine production is also associated with depression and heightened risk of dementia and other mental disorders. Ensuring that a healthy lifestyle, a varied diet, and plenty of mental exercise is present is the best way to work to prevent the illness. Ensuring that you don’t use pesticides and insecticides is also highly important, as things like round up has been associated with heightened risk of becoming victim of a neurological movement disorder such as Parkinson’s disease.

If you are experiencing symptoms, or if you think you see them in someone you know, please ensure that you get in touch with a doctor at your closest convenience. A single occurrence of shakes or tremors can be caused by many things, however, reoccurring instances is definitely more than enough cause to speak to your doctor.