There is no set path for the progress of this illness, and each case is different. The way that symptoms of the disease is manifesting is different from person to person and vary greatly in severity and frequency. As a general the progression of the disease can be divided into stages, however with Parkinson’s disease symptoms being so unpredictable it’s common that the progression slows down, or jolts forward and skips stages.

In the first phase mild symptoms are displayed, tremors and shaking limbs, often mild and not of the intensity causing disruption to the day to day life of the patient. Many persons stay in this stage for a long time, however should the disease progress, so will the symptoms. In these cases tremors only effecting one side of the body usually spread to effect both sides, here the person also starts experiencing difficulty with balance and regular tasks become more difficult to perform.
As Parkinson’s disease progresses the symptoms become more severe, and often persons experience great difficulty in moving, and with diminishing balance the ability to walk or even stand may disappear. Here the persons movement also becomes slower and slower. Day to day tasks become difficult to perform, and help is required at home. In this stage the tremors and shakes may stop, however the inability to control motor functions is greatly increased.

In the later and last stages of Parkinson’s disease the person cannot walk or stand, in some cases they are bed ridden and unable to care for themselves, meaning that a constantly attending helper is required.

It’s worth noting that not all persons who get Parkinson’s disease end up in the later stages, and even with a diagnosis it’s important to remember that with treatment, exercise of the body and mind, as well as a good positive attitude a good quality of life can be found and kept. 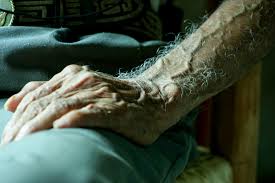