Early diagnosis for people who suffer with Parkinson’s disease helps

As with many chronic illnesses it’s ideal to catch them as soon as possible, as to be able to administer treatment to keep the disease from spreading and escalating. When it comes to Parkinson’s disease most patients are diagnosed in their middle age, around 40-50 years of age. Here is where physical symptoms often manifest in the form of tremors, loss of motoric control and balance. However there are evidence suggesting that many people afflicted with the illness also suffer some form of depression long before the physical and notable symptoms occur. As the disease effects the nervous system and the brain functions, it’s also a complex one to treat. Introducing dopamine directly, which in Parkinson’s disease patients there is a lack of the defence systems of the brain prohibits it from entering and is naturally broken down. This is why many of the drugs used to treat the illness are of the kind which stimulates the brains own natural production. 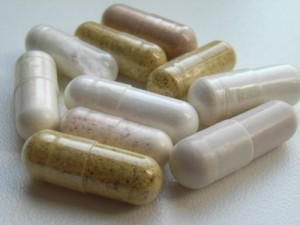 Treatment options such as brain surgery are often also more likely to be an option for those who catch the disease early, as the degenerative effects of the illness have not yet caused the damage it does over a longer period of time. In fact, with early diagnosis the array of treatment options available is wider, and the chance of finding something which works well in the individual case is better.
If you suspect that you or someone you know are suffering with Parkinson’s disease, please get in touch with your doctor as soon as possible, and what is also worth noting is that even if a chronic illness like Parkinson’s disease most likely means big changes in lifestyle, there are many who live with a mild form of the illness without major complications.