One more and more common illness which affect millions of people and their families around the globe is that of Parkinson’s disease. Information about the disease widely available, but still there is a lack of common knowledge on the subject. This is why it’s now especially important to ensure that you are aware, and able to spot symptoms in yourself or in one of your loved ones should they come up, as well as work to prevent it and keep a healthy lifestyle. As you may know Parkinson’s disease symptoms show in shakes and tremors most commonly, and is usually diagnosed in the middle age. Single occurrences of tremors and shakes are most likely not linked to the disease, however if you have experienced shakes out of your control when you are relaxed more than one time, it’s a good idea to contact your doctor. Other symptoms which are good to keep aware of is change in voice and handwriting, as it is the motoric system that is affected. 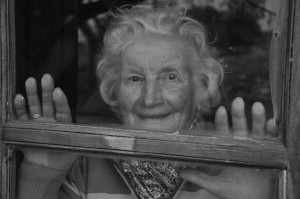 Things which you can do to strengthen your defence against Parkinson’s disease are things which also promote good general health of the body and mind. With the deficiency of dopamine production in Parkinson’s disease patients things which help stimulate the part of the brain responsible for this are always good. This includes physical exercise, mental exercise, and keeping a good and positive attitude. Of course getting diagnosed with Parkinson’s disease by no means mean the end of life, and many live for many years without needing special care. However, the earlier you catch it, the better it is and with getting an early diagnosis you will also have more treatment options and be a more likely candidate for trials, new treatments and perhaps even surgery.