One of the great difficulties with this disease is that it generally occurs gradually. Many patients suffer depression long before they show physical symptoms of Parkinson’s disease, and although it’s difficult to attribute the depression to Parkinson’s disease alone, they come heavily connected. Physical symptoms are also gradual, and may start with the experience of fatigue. Small tremors or occasional loss of balance or difficulty in standing. Patience also state they have experienced a change in the sound of their voice and speech, as well as their handwriting, as it tends to soften as the disease takes on.
Parkinson’s disease is in many cases noticed by friends or family far earlier than by the individual effected due to the gradual onset. As the disease progresses symptoms worsen and the interruption of daily routine tasks will take place. However it’s also worth remembering that many affected by Parkinson’s disease does not suffer the full range of symptoms, and many mind cases which are a mild hindrance to daily life exist. 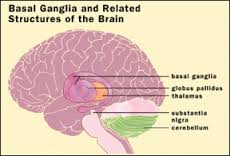 The most common symptoms of Parkinson’s disease are rigidity in the muscles. Where one may find it difficult to relax normally. With the lack of control, tension may also cause aches and pains. Tremors in limbs and face are common, but as a point, not all who suffer with Parkinson’s disease have tremors, even if this may be the most commonly known tell-tale symptom of the disease. The slowing down of movement is also common, with loss of signals from the brain to the body balance, ability to turn, ability to start and stop walking, ability to swing the arms with walking etc. are also affected.