The treatment for Parkinson’s disease are for most patients a drug based one. Levodopa is the most commonly used drug which is one that stimulates the brains own production of dopamine, a brain chemical which there is a lack of in people diagnosed with Parkinson’s disease. The reason for not being able to administer dopamine directly is because the body’s own defences will stop it from entering the brain. With levodopa it’s recommended that you don’t eat at least one hour before or half an hour after the drug is taken. This means that the drug is absorbed more efficiently and that the symptom relief is at its maximum. Ensuring that this drug is always taken with plenty of fluid is also important. 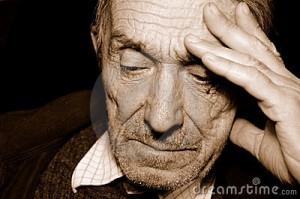 For many patients nausea is a side effect of this drug, and in the worst cases the drug will also be administered with an additional drug to offset the nausea. If the symptoms of nausea are not that severe there are many things which can be done to help relive the feeling.

Cold sugary drinks, sipped slowly may calm the stomach. Avoiding acidic drinks like orange and grapefruit juice which may worsen the feeling of sick is recommended. Not drinking with food may also help, and instead of filling your stomach with liquid and food at the same time, drinking between meals may help relieve the symptoms of nausea. Avoiding food which are high in fat and oil as well as eating smaller meals more often may also help reduce feelings of nausea. Keeping smell and heat in mind, things which may cause your body to feel uncomfortable may also worsen the symptoms of feeling nauseous. Depending on the drug combination used, you may also experience heightened symptoms from having a too protein rich diet, please consult your doctor on this.