A Parkinson’s diagnose for some mean a start of living 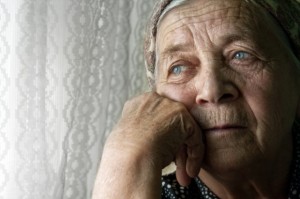 There are some connections to depression and other mental disorders in conjunction with the disease. For some patients this starts early and well before any onset of symptoms. This is why in some cases a diagnosis of Parkinson’s Disease has been described as a relief. In some cases there are persons who have lived difficult hard struck lives, in struggle with depression and without external reasons, that could help the situation.

Their lives have often been rollercoasters, and a simple diagnosis at the start of showing physical symptoms has been a confirmation of sorts for the person in question. An outside source showing that it’s not their lack of efforts or their fault why it at times had been so difficult to find motivation. For some having been in many situation where they had been told that life is simple, easy and that they should just cheer up a bit and see the positive side, here was the explanation. And with awareness in mind they have started live, as opposed to which some have described as a life of waiting to die.

It may not be the majority of the cases, but it’s not unknown that many persons have gone through life thinking that there was something wrong with them, that they were to blame for their depression and that they were responsible for things outside of their control. Today medicine is advancing and hopefully in the near future there will be ability to detect Parkinson’s disease at a much earlier stage than the stereotypical physical symptoms.

With the greatly reduced dopamine production in the brains of persons with Parkinson’s disease symptoms become apparent. They stem from issues with five major pathways in the brain which are connecting different regions. The first and second areas are associated with motor function, motor, and oculo-motor. Thirdly there an associative area, then there is the limbic and the orbitofrontal circuits. All of the before mentioned are as effected by Parkinson’s disease, and as the names suggest it’s also clear why symptoms manifest as they do. Persons suffering this chronic illness show difficulties with motor control, with keeping concentrated and attentive, this also means that often learning is a more hard felt process than for others.

The base model which has been a main point of Parkinson’s disease scientists has been similar since the eighties, however has been updated as new discovery has been made. However vastly this disease has been studied, the causes of it is still a mystery. There is clear indication that toxicity in the environment of patients can have great influence in causing the disease, and there are relations to genetic abnormalities also being present in many cases.

The most common way to treat this illness is via drugs which stimulate the patients natural dopamine release. Unfortunately in many cases drug treatments have a tendency to diminish in effect over time. There are also surgical procedures in which areas responsible for the inhabitation of the natural dopamine release are destroyed, or stimulation is placed to encourage the brains natural dopamine production. Either way, surgery is not an option for many patients who suffer with Parkinson’s disease, as there are often a row of complications and side effects.