Some general figures on Parkinson’s disease in the US

There is an estimate of over ten million people on the planet with Parkinson’s disease of different degree and progression. In the US alone there are over one million people who live and cope with this disease. And of course with each individual case, their family and friends are also touched and effected by it.

Each year, there is an approximate sixty thousand people who get diagnosed with Parkinson’s disease, and it usually happens in the ages between fifty and sixty. There is a very low percentage cases which are diagnosed before the middle ages, as low as four percent of cases are diagnosed before the age of fifty. The numbers mentioned of course does not include the wide range of cases which never get detected. What may also be interesting to know is that men run a higher risk of getting Parkinson’s disease than women. 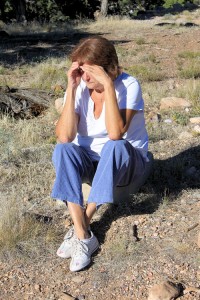 As the cause, and cure for Parkinson’s disease is unknown, it’s also difficult to know exactly what type of implication it has directly and indirectly on the national and global economy. Treatments, loss of income due to inability to perform work as well as other indirect costs are estimated in the United States at nearly twenty five billion dollars per annum. If you look at a progressive case of Parkinson’s disease, the care cost for an individual can be estimated around two and a half grand per year. In cases of brain surgery candidates costs can go all the way up to a hundred thousand dollars per patient.
This is why it’s important to keep aware and keep active to prevent such an illness, regular exercise, a varied and balanced diet, and activities which keep your mind in check are all recommended to help prevent Parkinson’s disease, as well as help you to a long and good life.