In the early stages of the disease symptoms can be moderate enough to not have an effect on the daily life of the individual. Drug treatment is often started when the ability to perform daily tasks is impaired by the disease. With Parkinson’s disease being of such a progressive nature, in later stages often drug treatments which are very effective in early stages lose their effect. In early stages often symptoms are limited to tremors, joint pain, weakness and fatigue. However as time passes, often a moderate stage is reached. Here the person may have difficulty moving, and become slower, suffers stiff muscles, poor balance and poor coordination. Commonly reported is shifts in hand writing and speech, as movement of facial muscles also often become stiff and impaired. In a moderate stage of Parkinson’s disease many individuals can still walk, however often can be identified as tendencies to walk stooped over with quick and uneven steps.

All patients suffering with Parkinson’s disease do no reach such a progressive state as the advanced stage. Here, often after many years tremors increase, for those only affected on one side, it can also spread to effect both sides. Muscle stiffness and joint pain increase and the person may become unable to walk, and unable to care for him or herself. In this stage you will see many patients confined to a wheelchair or even a bed. As in the advanced stages after years of medication, the drugs also lose effectiveness, Parkinson’s disease can progress to a point where it is difficult to control as drugs are ineffective. A risk of dementia developing is present, and one of three persons who suffers the advanced stages of the disease will also suffer the dementia. 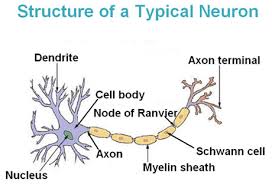