The cause of the symptoms which are displayed in a Parkinson’s disease victim are caused by the lack of a chemical in the brain called dopamine. Amongst other things it effects the nervous system and the motor functions of the person in question. The most common treatment method for Parkinson’s disease is medicine, and as the brain doesn’t allow dopamine directly to be introduced and taken up naturally, most drug treatments are to stimulate the natural production of this chemical.

Each case is highly individual and the sensitivity of the person towards different type of drugs are highly varied, meaning that what type of treatment a patient undergoes is highly personalised, and it’s important to ensure that you have all the facts before agreeing to a treatment. This can also include a second opinion from another doctor.

The treatment of Parkinson’s disease usually does not start until the symptoms of the disease interrupt the daily life and activities of a person. This is as many drugs over time lose their effectiveness, and although research is currently underway to find a way around this. 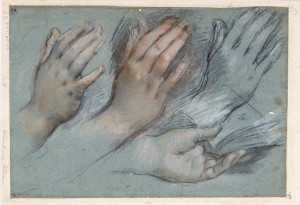 Drug treatments as a general helps reduce the symptoms of the disease, however can also cause severe side effects, which is another reason to why treatments are so individualized. It may also take some time until the best drug combination is found for each specific case.

The most commonly used drug is called levendopa, this is a very effective medicine to battle the symptoms, however a very common side effect, especially after prolonged use of this drug is complications related to motor functions, causing the patient to experience involuntary jerky movements. In many patients this drug have also been known to suddenly lose effect, causing a more urgent need for a different type of medicine.