Some more about Parkinson’s disease

In the United States there are close to one million people who have been diagnosed and are living with this illness. There is a shocking fifty to sixty thousand new cases each year, and these numbers are released by the national Parkinson’s foundation. Most commonly the illness is diagnosed in elderly persons, and diagnosis in persons younger than 60 is fairly uncommon, however it does occur. The progressive nature of the disease is a malleolus one, and as there is no known cause of if, there is also no known cure. Of course medical research is conducted to find both reasons for contracting the illness and the search for a cure continues, and modern medicine can keep the majority of cases of Parkinson’s disease symptoms at bay for many years. 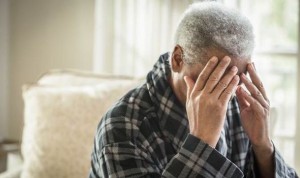 The progression of Parkinson’s disease is highly individual, and varies a lot from case to case. In Stavanger, from year 1993, to the year 2009 research was conducted on the illness, and from it there were some associations and conclusions drawn. Out of the 230 patients which were included in the study, 211 died, and the average age of death was 81, and the average time after onset of physical symptoms were 16 years. Patients who also had symptoms of dementia were almost twice as likely to die early as patients who did not display symptoms of memory issues.

This may give you an idea of the progressive nature of the illness, but also let you see just how common it is to live long, and to and old age, regardless of being diagnosed with the disease. After all, it is also a disease in heavy conjunction with old age.