The chronic and progressive illness known as Parkinson’s disease is far more widespread then commonly believed. This is why it’s important that we work to raise awareness, to ensure that the suffering which it causes is minimised, and to help researchers find the cause and cure for it. Making sure that you are well informed about how symptoms for this illness show up, will also ensure that you will be able to call on professional aid from a doctor in good time.

Parkinson’s disease treatments are wide and varied, but all drug based, and with catching it the early progression stages of the disease, the treatment options become wider and better suited to the individual person in question. 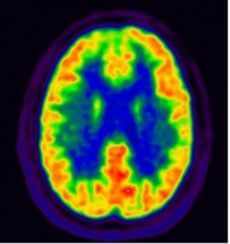 In 2013 Parkinson’s disease caused over a hundred thousand deaths globally, and this is a disease which we still don’t know the cause of. Although there are connections drawn to toxicity of the environments of patients, as well as there often is some form of genetic abnormality present with those who suffer from it the root of the issue is still to be uncovered. It’s rare that there are more than one person in a family suffering the disease so it is not thought to be a hereditary disease. There are many great organisations fighting to raise awareness and collect funds for the medial research which is required. To raise public awareness there is also on the 11th April red tulip day, this is also the birthday of James Parkinson. Something special about Parkinson’s disease is that it doesn’t only effect humans, but is also found in primates which have often been used in treatment tests.