Parkinson’s disease; when should I be worried? 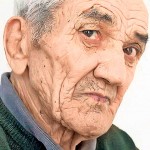 A topic of conversations and news articles, as well as real life encounters which is becoming more and more current is that of Parkinson’s disease. The figures of recorded cases around the globe exceeds ten million, but there is bound to be a vast number of un-recognized and un treated cases. Here we would like to give you some basic information on what type of symptoms this neurological disorder can give rise to, and give you some idea what to be aware of and what to look out for should you suspect that you or someone that you love may have Parkinson’s disease.

Firstly it’s important to know that each case of Parkinson’s disease is different, and the symptoms, severity, side effects from treatments and so forth are always specific to the individual. The general symptoms which are common to most patients are tremors and shakes in limbs. This can effect anything from one hand to several limbs at the same time. Changes in posture and balance, as well as changes in fine motoric tasks such as hand writing and voice may also change. The person often gets a stooped over posture due to illness and may experience difficulty in walking.

A single occasion of shakiness can of course be caused by a variety of things, but if there is a reoccurrence of shakes in the body when in a relaxed position, it’s definitely a call to ensure your doctor is consulted. What is worth adding here is also that it’s usually easier to notice the progression of the disease from the outside, and often it’s the family and friends that first notice symptoms or that first recongise when the symptoms change, for the better or the worse.